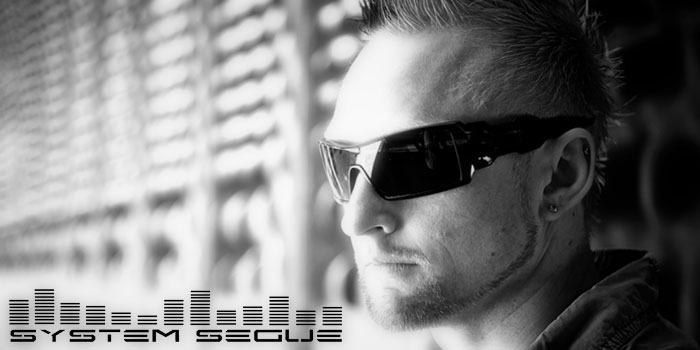 If you imagine that the electronic music industry as an endless universe filled with an unimaginable number of objects and the incandescent stars represent the artists and the dark matter which binds everything together embodies music, System Segue is a rogue comet. Blasting by through space and eluding the gravitational pull of the commercial black hole, he is writing his own destiny one light year at a time.

As a caveat to his reciprocal existence as a fast moving and rebellious intergalactic ball of dry ice and vapor, System Segue is an electronic composer who represents a shift in the industry. As his name suggest, he represents transition and movement, a movement towards purity and innovation rather than a generic trend.

When you listen to his music you will understand how he can take an unconscious idea and transform it into something completely raw and alive. His sound is pure tribal tech house with a pinch of groovy techno, melodic piano and lush bass lines. Rather than assaulting your tympanic membrane with the generic robot burps and mechanical bleeps the way some electronic producers manage to do, his production is more like two muscular African warriors banging on your eardrums; it has a heartbeat and blood pumping through its veins.

Residing in Canberra, his creative heart and mind simmered on another plane of existence. The Segue sound is better tuned to the sand-between-your-toes dance floors of the Spanish Islands or the sweaty underground bunkers of Berlin. It is a mature and exciting exotic house music symphony that locks you into a groove, and struggle though you might, there is no escape.

Cutting his teeth on exclusive re-edits for some big artists, he moved on to produce a string of highly praised originals including Hold On, Together, Dont Look Back and Music Turns Me On, all of which have been receiving praise from artists worldwide. Now with several music award nominations and an array of media attention, the launch of the All Night Long EP has engaged the industry as an artist to look out for.

Backing up from his 2013 tour in Ibiza, his sights are set for a massive year, with more interest from Europe and US record labels and an exciting tour of Australia and Europe in the pipeline.

System Segue is a classic example of what catalysed modern dance music. It materialised from a love of togetherness, built on a foundation of passion and commitment to an art form. System Segue represents the true spirit of house and techno, the heartbeat of Chicago and Detroit coming together in an explosive and exciting music project.